Welcome to one of Scandinavia's largest QLIK BI houses

Capana was founded in 2003 as a consulting company focusing on Wholesale Billing and Business Intelligence, primarily for the telecommunications industry.
The company experienced rapid strong growth, and in 2004 the business was split in two, under the name Capana Group. Capana ApS, which is headquartered in Aalborg, specializes in Business Intelligence, and Capanas Sweden, which is headquartered in Gothenburg, focuses on Revenue Management solutions.

Capana Sweden will be sold to Enghouse in 2018, so that Capana today consists of a business with 12 employees, which has 100% focus on Qlik based Business Intelligence.

We build our BI solutions on Qlik technology, which is the fastest growing product in the international BI market. Capana is one of the most experienced Qlik partners in the Nordic region and has delivered Qlik-based BI solutions to our more than 120 satisfied customers since 2004. Capana is thus one of Scandinavia's largest Qlik-BI houses, and we supply BI to bl .a. finance departments, sales, purchasing and production in companies of all sizes.

Our head office is located in Aalborg, and we deliver solutions to companies throughout Denmark. 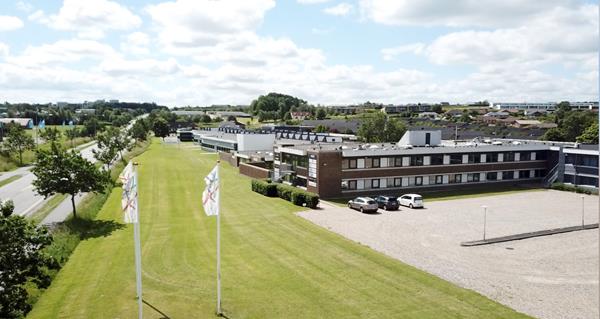 The ownership group behind Capana consists of the company's founders and employees. It is built on three core values that provide the framework for how we run our business and treat our partners, customers and colleagues, and the company has grown gradually over the years to ensure that we do not compromise on these core values.

For us, BI equals deliveries with content that is used day in and day out, expanded and becomes an indispensable system for our customers.

We love what we do - Yes, we actually love going to work. This rubs off on the relationship with our customers, because it is you who make it fun and inspiring, and the collaboration often ends up being long-lasting and trusting.

We WILL be at eye level with our customers, be trustworthy and have the necessary pragmatics to find commercial solutions through a long-term collaboration.

We allow ourselves to say that we are skilled craftsmen because we have focus. But BI craft is not the same as IT craft – IT is just a subset of the craft. Understanding our customers, their business and challenges is at least as important.

At Capana, everyone takes responsibility for our customers and for each other.

Read here why we ourselves prefer Qlik

- over the other solutions on the market.

Capana was founded in Aalborg in 2003 by Anders Frost, Johan Ohlstenius and Niels Krogh Olsen. The focus was wholesale billing and business intelligence for the telecommunications industry. The name Capana comes from Capacity Analysis.

2004 - Increased BI presence in the Nordics

Capana becomes the first company in Denmark to sign an OEM contract with the BI application provider Qlik.

2006 - Billing and revenue management are moved to Sweden

Capana expands and opens a branch in Gothenburg. All wholesale billing development is moved here. Here, Capana builds on its position of strength through the employment of employees with several years of experience in revenue management.

Capana expands and opens Capana Operations, which offers complete IT infrastructure support and takes over IT operations for, among others, Telenor Denmark.

In the same year, Capana becomes a member of the GSM Association and becomes active in a large number of groups such as BARG and TADIG.

Capana is celebrating its 10th anniversary and now has more than 90 employees.

Capana wins a large order to supply CapSettle Roaming (TAP, RAP, RAEX) and BI to two of the largest telecom operators in Brazil.

Capana hosts TADIG #77 in Marstrand and welcomes participants from all over the world.

Consulting and BI move to new premises in Aalborg.

Capana Operations is merged with Telenor Danmark and leaves the Capana group. The new version of Capana now has full focus on the core services: Business Intelligence, Revenue Management and Managed Services.

2016: Focus on BI and Revenue Management

2018: Capana Sweden is sold to Enghouse

Capana's Swedish division is sold. Capana is now 100% focused on delivering Business Intelligence solutions to business operators throughout the Nordics.